AUC Students Get Creative to Teach Fifth Graders about their Organs

“What do you know about your heart, lungs and GI system?”

Abdullah “Abe” Atieh searched the Sister Borgia Elementary School’s fifth grade classroom for any volunteers. This was the beginning of his Body Smaart lesson and an icebreaker for his young students. Many of them had never learned about anatomy, let alone heard of a GI track, but that was all about to change.

Abe was one of eight AUC students who traveled to the Philipsburg elementary school on July 24 as a part of the university’s Body Smaart initiative. The student-led health education program teaches primary school children about anatomy, physiology, diet and exercise. Since those topics aren’t widely covered in the primary school curricula, AUC students often volunteer their time to teach and help tutor young children.

With the ice broken, Abe separated the fifth graders into four groups. Once in these smaller groups, AUC students began to teach them about the heart, lungs and gastrointestinal system, and described the relationship each has with the other. The fifth graders drew each organ system on a sheet of paper and learned how to use the collection as a sort of map of the body. By the end, they were able to adequately draw, label, and recite the chambers and valves of the heart.

And because all fifth graders need to expel energy, AUC students showed them how to take a pulse and respiratory rate—and then helped test hypotheses on how exercise and activity can affect the heart and lungs.

The day concluded with an elimination-style game of trivia. Large groups faced off on questions about organ systems until just two girls remained. After a “thrilling” back and forth, one girl edged out the other, having displayed an exceptional understanding of the day’s lesson. 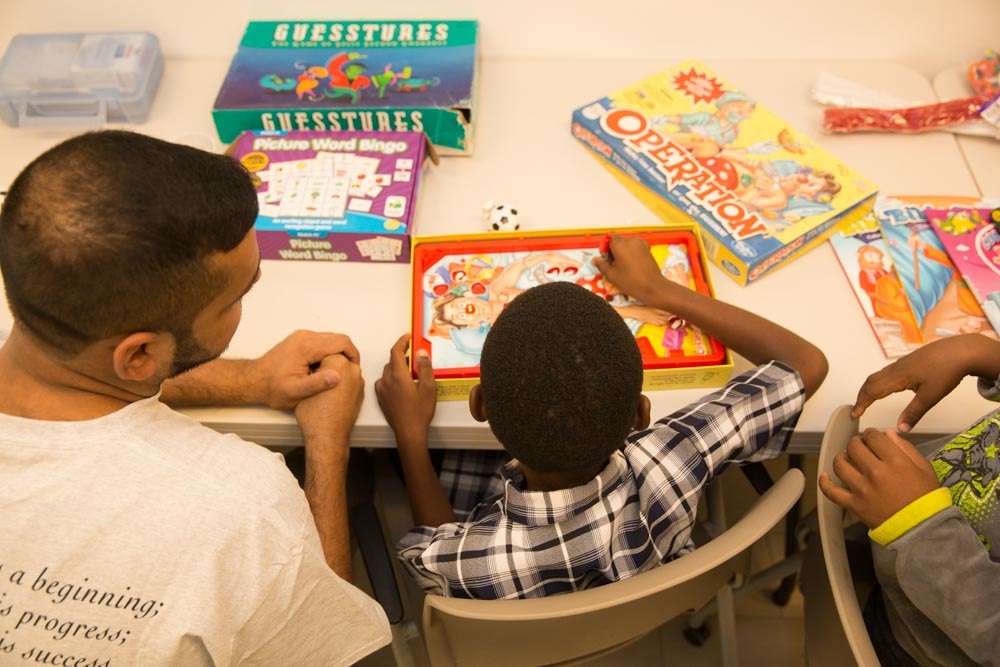