Last year, for the first time in history, the number of women enrolling in US medical schools exceeded the number of men, according to the Association of American Medical Colleges. With 376,500 active physicians and 42,000 medical students, women represent a growing and important shift in the healthcare delivery workforce.

AUC is proud to not only champion women in medicine but to also lead by example. Our executive dean, administration, and faculty include strong female role models who have mentored thousands of AUC students. And in January, AUC welcomed a class with the largest percentage of female students (54%) the university has seen in five years. In celebration of International Women’s Day on March 8, 2018, we recognize a handful of women who exemplify progress in the field of medicine.

As the glass ceiling shatters, don’t be surprised when a woman is there to treat your wounds. 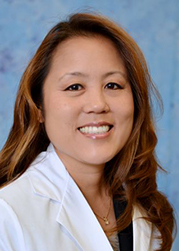 Gemma Kim, MD, who graduated from AUC in 2003, is an example of a woman making an impact through leadership. She was named Chief Resident of her family medicine residency program at Texas A& M. From there she has gone on to an appointment as an assistant clinical professor at the University of California Riverside School of Medicine. She is the founding and current program director of the UCR family medicine residency program in Palm Springs, which welcomed its first cohort of residents in 2015. The residency program grew out of a need to address the significant physician shortage in the Coachella Valley. In some parts of the region, doctors are so  scarce that there is only one for every 9,000 residents. Most recently, Dr. Kim, who serves on the AUC Board of Trustees, was awarded a competitive fellowship from the Association of Departments that is designed to develop an effective pipeline for family medicine department chairs. 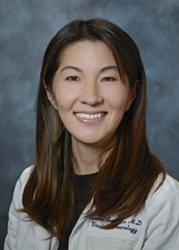 Since 2011, AUC 2003 graduate Shlee Song, MD has served as Associate Director of the Stroke Center at Cedars-Sinai Medical Center in Los Angeles, one of the busiest hospitals in the country. Dr. Song has published articles in peer-reviewed publications such as Stroke and Review of Neurologic Diseases, presented abstracts at conferences across the United States, and participated in several stroke-focused research projects. She first became interested in neurology during her undergrad years at UCLA and completed a clinical elective in neurology at AUC’s affiliate St. Agnes Hospital in Baltimore. After graduation, she did her residency training in neurology at George Washington University, which later led to a stroke fellowship at the National Institutes of Health. 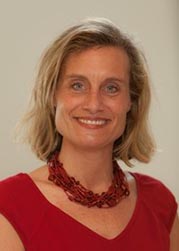 AUC is proud to contribute a significant number of primary care physicians to the healthcare workforce. And we have them on our faculty. Julie Taylor, MD, MSc, Senior Associate Dean of Academic and Student Affairs & Chief Academic Officer, is a family medicine physician who still sees patients in addition to her duties at AUC. And she is a strong advocate for the health and well-being of women and children. Dr. Taylor recently served a two-year term as President of the  Academy of Breastfeeding Medicine, a worldwide organization of medical doctors dedicated to the promotion, protection, and support of breastfeeding. 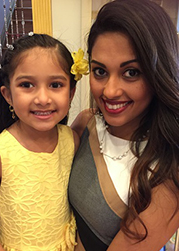 When Shridevi Singh, MD decided to pursue medicine, she knew the journey would be difficult. A single mother when she attended AUC, Dr. Singh once described herself as the epitome of the “non-traditional student.” She pursued medicine later in life, after a four-year career in banking that took her from teller to personal banker. But after returning to college and taking sciences courses, she decided that medicine was the field for her. She started at AUC in May 2012 and earned a residency position in general surgery at Nassau University Medical Center in Long Island in 2016.

“My experiences definitely set me apart from my male counterparts. As females in medicine, we face many challenges that make it difficult to attain a work-life balance, especially with motherhood. My experience equips me to anticipate these challenges for other females in the field and possibly guide them. It also makes me a more compassionate physician and a more compassionate colleague.” - Dr. Shridevi Singh 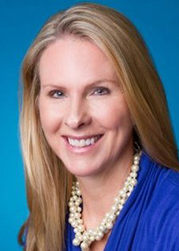 Every doctor can look at back her medical school experience and see influences on her life as a physician, but for Faith Dillard, MD, the connections between her time at AUC and her current interests are especially stark. As a student at AUC, she experienced the volcanic eruption that devastated the island of Montserrat, AUC’s original home, in 1995. She and her husband later founded the Montserrat Emergency Medicine Project, focused on improving medical treatment on the island by providing medical training, equipment, and supplies. After graduation, Dr. Dillard trained in emergency medicine and since then has contributed her expertise to numerous disaster relief efforts, including helping hundreds in the aftermaths of Hurricane Katrina and Hurricane Wilma in 2005. Most recently she was part of a team providing disaster relief and much needed medical attention to the people Puerto Rico following Hurricane Maria. 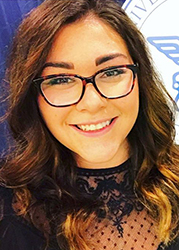 In September 2017, fourth-semester student Chelsea Azevedo was among the more than 500 medical sciences students at AUC who relocated to Preston, United Kingdom to continue AUC’s fall semester. As one of the student leaders for her cohort, Chelsea worked diligently with her fellow students, the faculty, and AUC’s administration to help AUC students make an effective transition during the temporary relocation. For her efforts, she was honored with the Student Engagement Award, a scholarship award granted to a student who has made an outstanding contribution to the AUC culture of collaboration. Chelsea, a native of Rocklin, California, has championed AUC's tutoring services and has been both Anatomy Head Teaching Assistant and Harvey Teaching Assistant, in addition to tutoring seven different courses at AUC. Last semester, she served as President of AUC's American Medical Women’s Association. 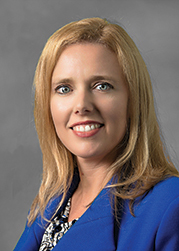 Despite significant progress made, the top leadership posts in medical schools remain predominately held by males, with less than 20 percent of U.S. medical schools led by a woman dean. AUC is led by Heidi Chumley, MD, who came to AUC in 2013 after eight years at the University of Kansas School of Medicine. A family medicine physician by training, Dean Chumley talks often about the challenges of maintaining work-life balance as a practicing physician and academic leader. And she has the advice to offer other women carving out careers in medicine:

1) Try to gain a sense of whether a medical school is friendly to women: “Look at the leadership: the deans and associate/assistant deans, and the faculty members and department chairpersons. Few or no women may indicate a problem in the recruitment and selection process for faculty and leaders, or unconscious bias against women. Or, there may be few women because the environment has not been supportive. Aspiring medical students who are taking this into consideration when selecting a school should look at websites and other materials about a medical school: do you see women featured?”

2) Look for role models: “When I was a resident and a new mother, I was able to find a role model who could advise me on everything—from where to pump milk to how to prepare for discussions with senior physicians.”

3) Seek leadership roles in medical school or residency: “During my medical training, I found a passion for medical education that would take priority over having a busy physician practice. I thought that going into academic medicine would enable me to effect change in ways that would improve the profession for all aspiring physicians but create a more satisfying and rewarding experience for women. But what I found was my ability to move the needle in a positive way would be limited unless I moved into a leadership role. Being the change you want to see is not quite enough—you have to drive it, you have to shape the culture and you have to empower others.”