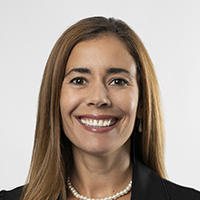 In 2010 Dr. Andreadis completed residency in internal medicine at Canton Medical Education Foundation in Canton, Ohio. During her time there she served as chief resident from 2009 to 2010. She is a Board Certified Internist and a Diplomat of the American Board of Internal Medicine (ABIM).  She was also awarded an ABIM research grant in 2009 for a performance improvement and quality improvement project that directly benefited her diabetic patients and her practice overall.

After completing residency, Dr. Andreadis practiced for five years as a Hospitalist at Aultman Hospital in Canton, Ohio.  She has served as an educator for much of her professional life, as chief resident, a clinical instructor at Northeast Ohio Medical University, and also as an attending physician; teaching clinical skills to residents, medical students, and nurse practitioner students. She has also taken on a role as a patient educator in her hospital based practice as well as with mission work. Dr. Andreadis has also proudly served as a Medical Officer for the United States Government, Department of Health and Human Services, Indian Health Service Branch in the Northern Plains Region.  Being able to give back to her community is one of her focuses and brings her great joy.  Over the past two decades, she has participated in medical mission trips to Sub-Saharan Africa and the Dominican Republic, in addition to countless volunteer hours spent serving the community of St. Maarten that she holds so dear.

Dr. Andreadis currently teaches clinical medicine at AUC and is thrilled to again be a part of her alma mater.