Before he enrolled at AUC—long before he became a chief surgery resident—Joe Watson (Class of 2012) worked at a small primary care clinic in Memphis. Working men and women who lacked health insurance could visit, receive free healthcare, and buy donated cholesterol or blood pressure medication at affordable rates. It was good experience as Watson waited to see if University of Tennessee College of Medicine would take his name off the waitlist so he could start his medical education.

Funny how things work out sometimes, because his name never came off that waitlist—even after he applied a second time. But working in that clinic helped him find the medical school that was right for him.

During a far-reaching interview, Watson—now a chief surgery resident at PinnacleHealth in central Pennsylvania—discussed his path to AUC, life on campus, what it’s like to be a chief resident, and more.

Why did you choose AUC?

One day at work, Watson ran into a former colleague who had just finished his first semester at AUC. Watson was still on the University of Tennessee waitlist at the time. The duo would chat over the next few months, and what Watson learned about AUC was a pretty eye-opening experience. “It kind of turned my world upside down,” Watson said.

Here’s what he was told: AUC was well-established, and had been around for decades. Graduates could become licensed in every US state. Qualified students could finance their education through federal loans, “just like at US schools.” Clinical rotations were in the United States. And the classes were small and intimate, with individualized attention paid to students who needed it.

“The smaller class sizes really drove me toward AUC,” he said.

He added all of that up and, wanting to move on with his medical education, applied and was accepted. Days later, he was on a plane, making new friends on his way to the island of St. Maarten.

How did it feel to finally start med school?

“Half of the plane was fellow students that were coming down to the island, and we all kind of chatted with each other about where we’re from, things like that,” he said. “Then, we land, and a guy picks me up from the airport—me and two other students—and I’m kind of on cloud nine. I’m about to start medical school.”

That’s when the bonds between classmates started to form, bonds that last even today. Some long-lasting relationships sprouted from his time at AUC—he met his fiancé during clinical rotations, and he still stays in touch with many of his old classmates and friends. He even formed a band, Dengue and the Fevers, while he was in St. Maarten. (Starting off in AUC's Talent Show, the Fevers actually got interviewed by a St. Maarten radio station, and played a few gigs in New York. Check out a video of the Fevers at AUC’s Talent Show.)

“It was easy to make friends at AUC, because you’re all in this together, and you’re all on this island that most of us haven’t ever been to,” he said. “You don’t know anyone, you have block exams coming up in a few weeks, so we all figured we’d help each other out. Then, when the tests are done, let’s go out, relax, do some SCUBA diving. It worked out pretty easily in that sense of meeting people, getting to know them.”

Watson recalls feeling prepared to start clinical rotations in his third year, which is something of a testament to the foundational knowledge he received during the Medical Sciences (basic sciences) curriculum in St. Maarten. AUC weaves in clinical experiences early—things like simulated patient exams—to help get students ready to head back to the US for core rotations. In short, he said, the school and faculty truly set students up for success.

“It had all of the resources I needed—more than I ever imagined—and more than enough tools to provide any student with what they need to succeed in medicine,” Watson said. “You’d almost have to try not to succeed after coming from AUC, because they set you up with so many things.”

If he liked his Medical Sciences classes, he loved clinicals.

“The first and second years were good, but the third and fourth years were amazing,” he said. “Because you’re in the hospital, you’re seeing patients, and you finally get to see what you’ve been studying in person, in real time.”

“Everything runs through the chief,” he said. “We’re all on this secure thread together.”

Speaking of threads, chiefs also are expected to tie up all loose ends, Watson said—perhaps best exemplified by the events of the night prior to this very interview. He was on backup duty at the time, meaning he’s expected to head to the hospital for any major case or trauma.

“A sick patient crashed last night around 11 PM, and I got the call to come help,” he said. “I came in, helped, left around 3 AM, and was back at 6 AM to lead rounds.”

Like medical school, it’s a lot of work, and a lot of responsibility. But his training led up to this.

“That’s what residency does,” he said. “It kind of prepares you to keep moving forward. And when you’re on call, you’re not working a straight 24 hours. There’s some downtime, and if you’re tired or fatigued, they’re very quick to tell you to go home and get some rest.”

Can you tell us about a noteworthy patient case?

Being a surgeon isn’t just about operating on patients, Watson said. It’s about making the right choices. Watson recalled one case in which a patient visited a PinnacleHealth resident-run clinic for underserved individuals (a little like the one he worked at in Tennessee) and was surprised to learn that the best surgical treatment they could offer was to not recommend surgery at all.

“We had one patient come in, and the biopsy showed malignant cancer, lymphoma, and we told her that surgery wasn’t indicated for this type of cancer,” he said. “She was initially upset that we wouldn’t do the surgery—she was from another country, wasn’t used to the medical system, and she felt like she was being given the runaround.” But after talking with the patient and actively involved her in her own care, she became more cooperative.

Seems like Watson made the right call. He spotted the patient later, again at the clinic—in remission and doing well.

Watson’s on track to start a vascular surgery fellowship at Geisenger Medical Center in Danville, PA, and he’s looking forward to the challenge. “It’s one of the toughest patient demographics,” he said.

If he had the ability to rewind time and do it all again, though, what would Watson do? 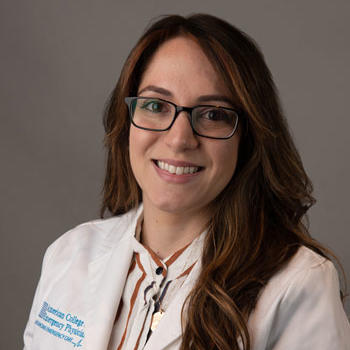 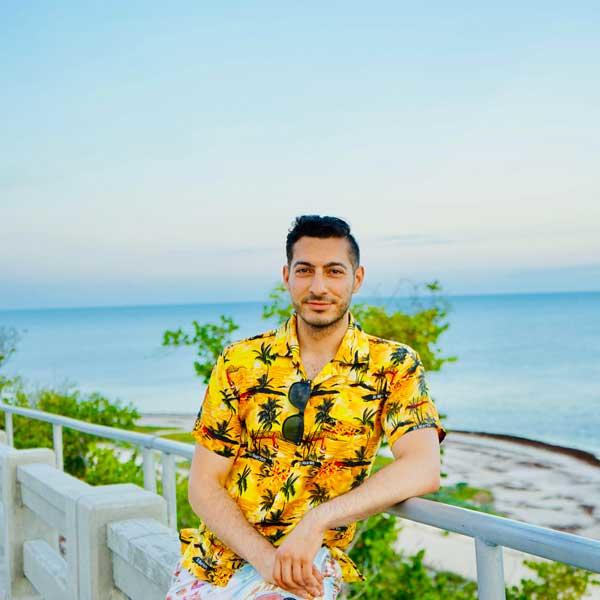