After CaRMS Match, Class of 2019 Grad Heading to Manitoba for Residency

Toronto native Farshad Ghasemi, MD '19 will begin his internal medicine residency this summer at the University of Manitoba in Winnipeg, MB.

At age 17, Farshad Ghasemi emigrated from Iran to Toronto, ON. Until his family joined him two years later, he navigated life in a new country on his own, attending York University for undergrad and working towards his childhood dream of becoming a physician.

This summer, after matching into the internal medicine program at the University of Manitoba through the Canadian Resident Matching Service (CaRMS), the AUC graduate will return to Canada to begin the next chapter of his career.

“I’m so excited that I have been given the opportunity to begin my internal medicine residency in Winnipeg,” Dr. Ghasemi says. “I am looking forward to beginning my residency and starting a family in my home country.” 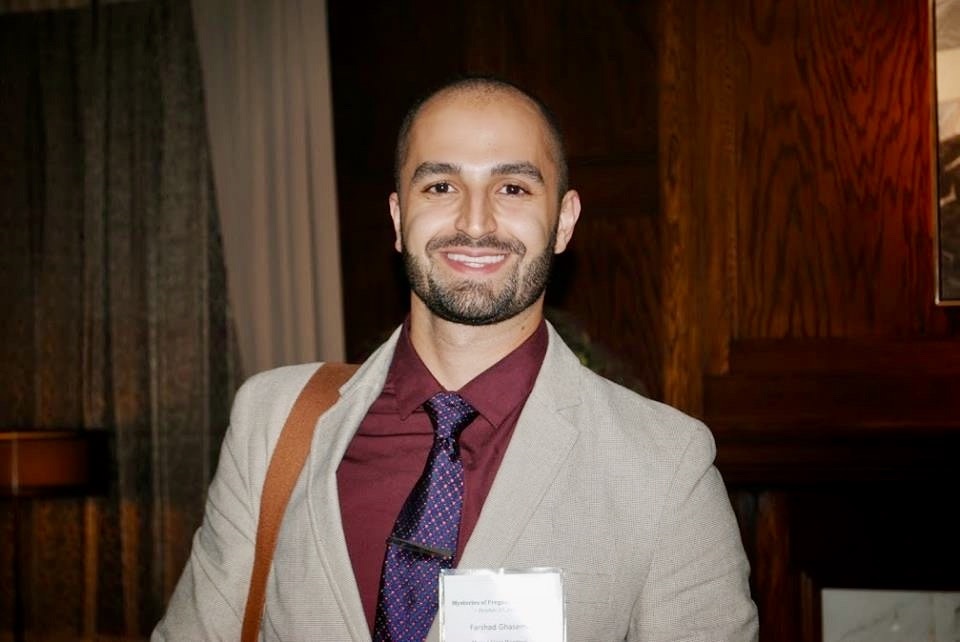 Dr. Ghasemi presents research at the University of Toronto, where he completed his master's degree prior to enrolling at AUC School of Medicine.

The Journey to an MD

Dr. Ghasemi’s solo move to Canada as a teenager came with plenty of challenges, but it also helped him develop adaptability and grit. These qualities served him well as he adjusted to medical school in a new environment and positioned himself to succeed in The Match™. He applied to the U.S. National Resident Matching Service (NRMP) as well as CaRMS, completing rotations in the U.S. and Canada to gain exposure to multiple health systems and strengthen his applications.

“If you want to come back to Canada, go all in,” says Dr. Ghasemi. “It’s time-consuming to do everything twice—write the Canadian and U.S. exams, complete all the applications—but it’s worth it. Doing electives in Canada gave me a competitive advantage as well.”

Dr. Ghasemi completed two clerkships in Canada: cardiac care at Vancouver General Hospital and general medical consult at the University of Toronto. During the medical consult elective, he made the most of his two-week period by spending the evenings helping in the emergency room after his regular day on the patient floors. These experiences, along with his medicine rotation in Staten Island, NY, helped solidify internal medicine as his preferred specialty.

“I really liked the day-to-day activity—the pathology, the team dynamic, and the emphasis on patient care,” Dr. Ghasemi says. “Internal medicine also exposes you to a lot of career options down the road, whether you want to be in a hospital setting, specialize during fellowship, or go into academics.”

A Career Close to Home

In residency, Dr. Ghasemi is looking forward to getting more exposure to the variety of subspecialties he enjoyed during rotations, such as cardiology, gastroenterology, and infectious disease. An outdoor enthusiast, he and his fiancée are also planning to explore Manitoba’s vast natural beauty at every opportunity, from snowshoeing in the winter to kayaking in the summer.

Dr. Ghasemi and his fiancée in her hometown of Burlington, ON

Most of all, he’s grateful to be starting his career as a physician in the country he calls home.

“If you’re determined to succeed and passionate about becoming a doctor, AUC does a fantastic job of providing that opportunity. I had great professors and I learned so much in medical sciences as well as my rotations,” Dr. Ghasemi says. “AUC gave me the tools and support I needed, and that’s all I could’ve asked for.”

News
From Construction to Physician: AUC Alum Follows Blueprint to His Calling
Growing up in East Meadow, NY, Athanasios “Tommy” Tzaras, MD, ’18 spent his childhood and much of his young adulthood at his father’s side laboring on construction sites throughout New York City and Long Island.