By traveling to underserved regions in the state, Bal Sharma, MD '84 is able to provide consultative psychiatric services at nursing homes that otherwise wouldn’t have a psychiatrist available. 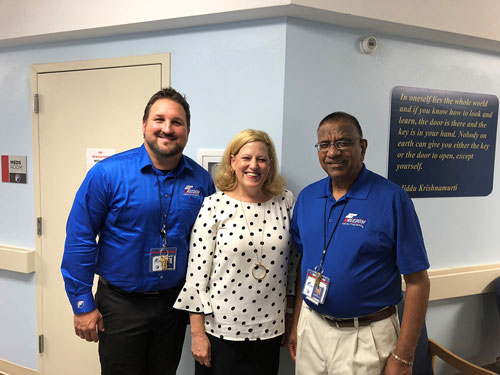 It’s a typical Friday morning for Bal Sharma, MD ’84. He’s driving 140 miles across eastern Kansas today, from his home in Haysville to Topeka, where he is the medical director and a geriatric psychiatrist at Freedom Behavioral Hospital.

Along the way, he’ll make stops in Augusta and El Dorado—home to two of the 51 nursing homes that he visits regularly as part of his practice. After visiting with his patients, he’ll stay the night in Topeka, see patients again the next morning, and then hit the road again.

For patients in rural Kansas, Dr. Sharma is a welcome sight. By traveling to underserved regions in the state, he’s able to provide consultative psychiatric services at nursing homes that otherwise wouldn’t have a psychiatrist available. But it’s no quick trip: Dr. Sharma can put nearly 100,000 miles on his Volkswagen Jetta in just one year.

It’s a busy lifestyle, but Dr. Sharma wouldn’t have it any other way. Having grown up in a farming family, he appreciates the scenery and doesn’t mind the occasional dirt road.

“When I step out of the car, I look at how green it is, and how the corn is growing,” he says. “I enjoy meeting with patients’ families and talking about their crops.”

He’s never been one to sit still for long, either. Prior to attending AUC, Dr. Sharma worked as a pharmacist traveling between two hospitals and providing pharmacy consultations at Chicago area nursing homes. He then enrolled at AUC just three years after the school had been established. After graduation, he completed residency and post-doctorate fellowship at Yale School of Medicine in New Haven, CT.

Today, in addition to his psychiatric practice, Dr. Sharma regularly books lectures and speaking engagements, ranging from slots on local radio stations to presentations for the Kansas Medical Society and various pharmaceutical companies. He frequently speaks about the psychiatric aspects of cancer and has completed fellowship training in psycho-oncology at the University of Texas Anderson Cancer Center in Houston.