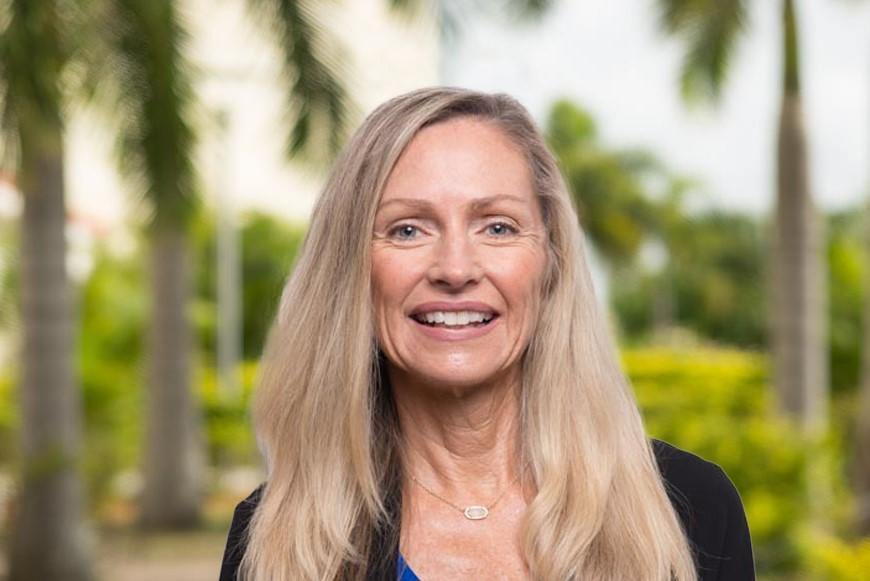 Dr. Mary Lucero received her BS in Physiology from Cal Poly San Luis Obispo, CA in 1982. She started her PhD studies in Physiology at the University of California, Davis in 1984. Upon graduation in 1989, she received the Loren D. Carlson Award for her doctoral dissertation which focused on identifying ion channels involved in the activation of brown adipose tissue.

During her postdoctoral fellowship at Stanford University, Dr. Lucero linked chemosensory behavior to ion channels in squid olfactory neurons and discovered that squid can smell dopamine, nucleotides, and amino acids. Her studies resulted in patents for lures in the Japanese squid industry. She obtained a tenure-track faculty position in the Physiology Department at the University of Utah, School of Medicine in 1992. She was promoted to Associate Professor in 1999 and to Full Professor in 2005. During this time, Dr. Lucero set up NIH-funded research programs on sensory modulation and stem cell differentiation. Her work is internationally recognized and she has been invited to teach courses and give seminars in the US, Japan, Australia, Thailand, UK, Italy, Germany, Spain and Brazil. She was recently awarded a patent on methods for purinergic modulation of smell. Prior to joining AUC, Dr. Lucero taught the Respiratory Physiology course to medical students as well as lectures and labs in neurophysiology. She became Director of the Utah Interdepartmental Neuroscience Program in 2005 and was awarded a 10 year NIH-funded Pre-doctoral Neuroscience Training Grant for Ph.D. students. She was honored to be the first recipient of the University of Utah Distinguished Graduate and Postdoctoral Mentor Award in 2006.

In January 2013, Dr. Lucero joined the faculty at AUC, taking on the roles of Professor of Neuroscience and Physiology and Course Director of Physiology II. During her time at AUC, she has chaired several task forces and committees, demonstrated her passion for teaching and mentoring medical students, and received the Professor of the Semester Award multiple times, as chosen by AUC students. In September 2020, Dr. Lucero was named Associate Dean for Academic Affairs, Sint Maarten.