Since completing two years of neurology research during undergrad at Florida State University, Barbra Giourgas, MD ’17 knew she wanted to pursue the field as a physician. And having always wanted to work with kids, the subspecialty of child neurology seemed as though it were tailor-made for her.

“At first, I met several physicians who were pediatricians first and then became neurologists. I didn’t know there was this direct pathway,” Dr. Giourgas said. “But my Match advisor knew what my goals were and suggested I give it a shot.”

Dr. Giourgas cast a wide net—applying to programs in pediatrics, adult and child neurology all over the U.S. On her wish list? To match into a child neurology program in the Southeast region, close to home in south Florida (and warm weather).

On Match Day, her wish list became a reality. 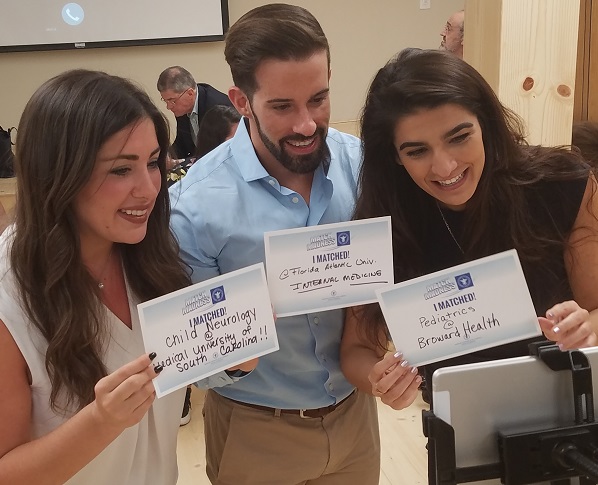 Today, Dr. Giourgas is a PGY-1 resident in the pediatric neurology program at the Medical University of South Carolina. Her program includes two years of general pediatrics, one year of adult neurology, and two years of child neurology.

“I’m absolutely loving it,” said Dr. Giourgas. “I’ve already learned so much, and it’ll be a great place to spend the next five years.”

The Fort Lauderdale native was initially drawn to AUC for the opportunity to complete clinical rotations in Miami, the curriculum structure, and small class sizes.

“Some of the other Caribbean schools I looked at had just one exam each year. AUC had more opportunities for assessment,” Dr. Giourgas said. “Between the way the courses were structured and the smaller class sizes, I felt that AUC would give me an environment where I could succeed.”