More than 100 students were recognized for outstanding academic achievement at AUC’s Celebration of Academic Excellence. The event, held once a semester, honors students who made Dean’s List the previous semester as well as new inductees to the Alpha Omega Phi Honor and Service Society. 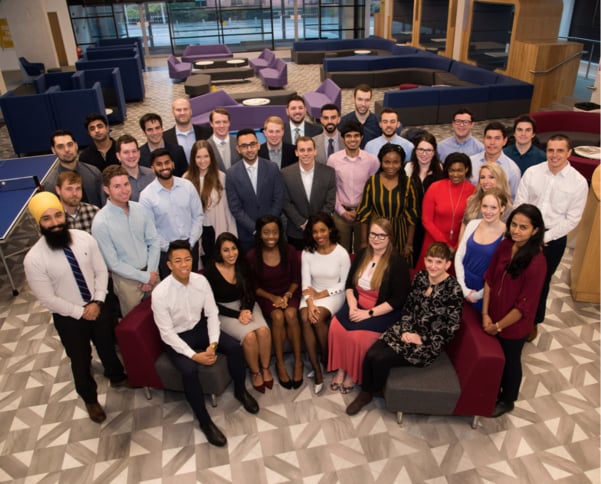 More than 100 students were recognized for outstanding academic achievement at AUC’s Celebration of Academic Excellence. The event, held once a semester, honors students who made Dean’s List the previous semester as well as new inductees to the Alpha Omega Phi Honor and Service Society.

On February 23, 74 second and third semester students were honored by administration and faculty in Sint Maarten. One week later, a separate ceremony was held for 55 fourth and fifth semester students studying in the United Kingdom.

To qualify for Dean’s List, a student must carry a course load of at least 15 credits and earn a semester cumulative average of at least 87. To be eligible for the Alpha Omega Phi Honor and Service Society, students must be in their fifth semester, have a cumulative GPA of 85 or higher, and exhibit the qualities of leadership and excellence in both academics and service to the community.

“It’s an honor to recognize your academic excellence and performance but quite frankly, it’s not simply the scores and grades that are impressive,” said Dr. Mark Quirk, Dean of Medical Education. “We as the faculty and administration are especially inspired by your ability to succeed with honors under the most challenging conditions. There is another category that you all qualify for now and that’s inspirational excellence.”

In addition to honoring Dean’s List and Honor and Service Society inductees, the Celebration of Academic Excellence acknowledged six students for their outstanding performance by a specific department. This semester’s recipients included:

In the United Kingdom, the ceremony closed with the announcement of two AUC scholarship awards: Social Accountability and Student Engagement.

Fifth semester student Triston Berger received the Social Accountability Scholarship, valued at $5,000, for his community engagement while at AUC. Triston began volunteering during his first semester at AUC and has continued to serve the community throughout medical school. As the Community Service Chair for the Phi Chi Community Service Fraternity, Triston has coordinated numerous volunteer projects and has served as site leader for two different Community Action Days. In Sint Maarten, he has developed strong and lasting relationships with organizations like the Rotary Club, Ideal Preschool, and K1 Britannia Foundation to champion early childhood education, prevent cyber bullying, and build community gardens.

Fourth semester student Chelsea Azevedo received the Student Engagement Scholarship, also valued at $5,000, for her contributions to help enhance and foster AUC’s culture of collaboration. During her first semester, Chelsea was nominated to serve as class representative on the Student Government Association (SGA) and was re-elected this semester to serve as chairperson to the SGA in Preston. She took on this role knowing there would be challenges in the wake of Hurricane Irma and has never wavered from her commitment to ensuring that the student voice is heard.

“Being a part of the AUC family is something I take a lot of pride in,” said Azevedo. AUC has given me the amazing opportunity to become the physician I have always dreamed of becoming, so giving back to the community and student body is something that I genuinely enjoy. Winning the Student Engagement Scholarship is a great honor and shows that AUC values the hard work that students put into maintaining the camaraderie that the campus is known for.”