Fourth-semester student Mariel Chan has been named the September 2018 Student of the Semester. As a part of her award, Mariel will receive a $5,000 grant to be spent on a community initiative of her choosing 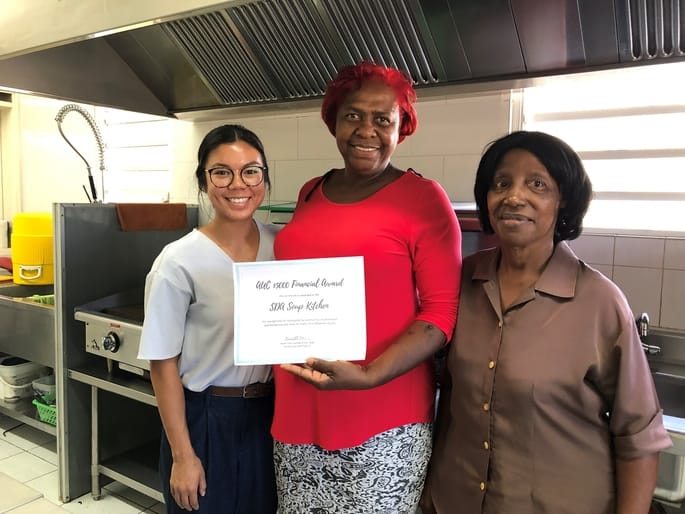 Every Friday morning, Mariel Chan arrived to St. Patrick’s Basilica in Montreal. She slipped an apron over her head, tossed her hair in a bun, and began preparing food for dozens of people in search of a hot meal. Some were homeless, some struggled with mental illness, and some had recently fallen on hard times. In Mariel’s eyes, all were deserving of food, compassion, and respect.

Mariel followed this routine every week for four years. She remained committed to St. Patrick’s soup kitchen throughout college, despite a challenging course load in Anatomy and Cell Biology at McGill University. On some Fridays, Mariel would miss class to make her kitchen shift but always logged in later that day to catch the lecture recording.

Those traits—scientific curiosity and commitment to service—led Mariel on a path to pursue medicine after graduating from McGill in 2016. Ultimately, it landed her 3,000 miles away in Sint Maarten at AUC.

Finding a Way to Serve in Sint Maarten

The Caribbean environment of Sint Maarten was vastly different from Montreal but Mariel was most struck by the similarities. The island, like the McGill community, had underserved neighborhoods and areas with limited access to healthcare. Although “winters” were quite a bit warmer, there were still plenty of people in need of a hot meal and company. Mariel knew that she wanted to continue her community service work at AUC and finding a soup kitchen felt like a natural fit.

Those plans were initially put on hold when Hurricane Irma hit Sint Maarten with category 5 force winds. When AUC returned to the island in January, Mariel was more determined than ever to help a rebuilding community. She approached Dr. Golden Jackson, Assistant Dean for Service-Learning and Community Affairs, who put her in touch with a soup kitchen at the Seventh Day Adventist Church in Cole Bay. After volunteering there for several weeks by herself, Mariel and the church leaders began discussing a way to involve more students in the meal service.

Mariel organized her first group event on Sunday, June 24, 2018, with 10 other AUC students. They worked in two shifts: the morning group prepared food and the afternoon group packaged and delivered meals to distressed neighborhoods. After a successful event, she had the confidence and momentum to turn it into a weekly operation. Since then, Mariel and Dr. Jackson have organized more than a dozen visits to the Seventh Day Adventist Church, providing countless meals to those in need.

“Every time I serve it is an eye-opening experience,” said Mariel. “I have seen families living in houses made of plywood and no roofs, and children smiling from ear to ear with pure gratitude when I hand them a meal.”

For the church, AUC’s involvement has brought new life and energy into the meal program. Organizers who once prepared meals all alone now have the support and comradery of medical students eager to help fulfill their mission. 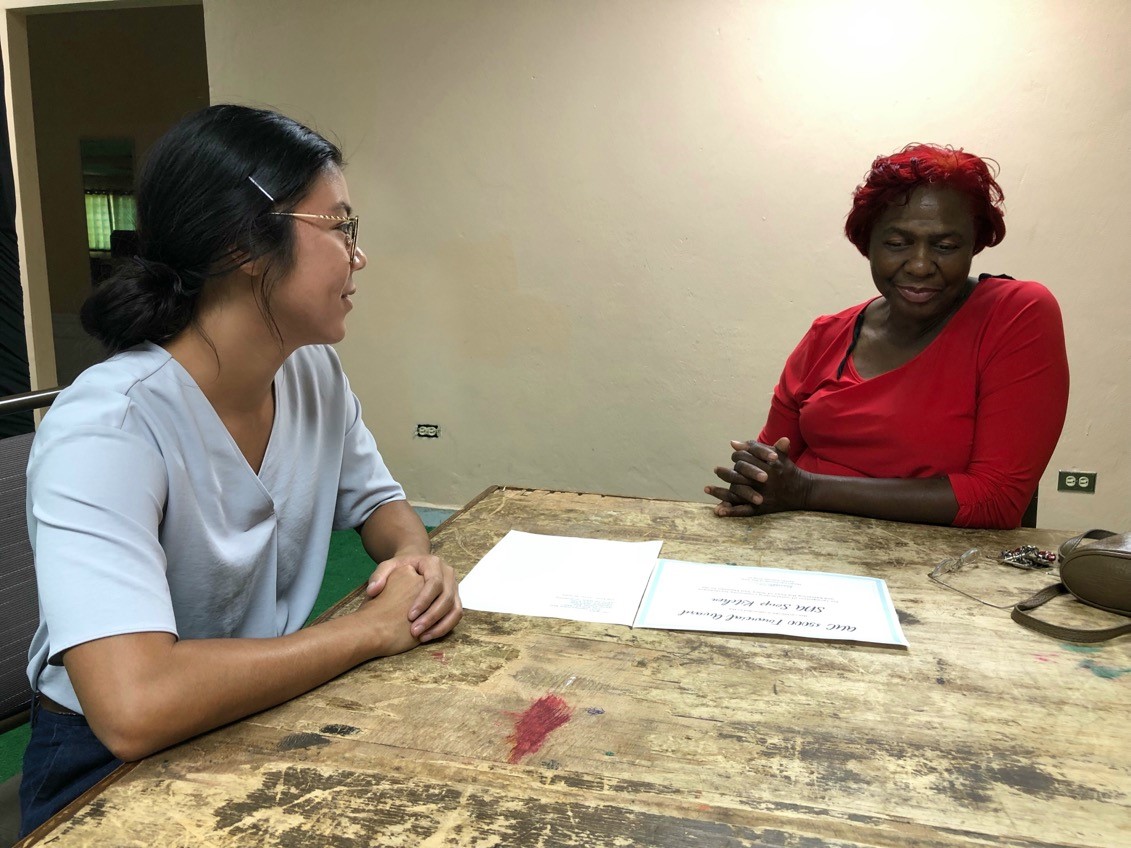 A Proposal to Do More

Over the past six months, Mariel built a close relationship with leaders of the Seventh Day Adventist Church soup kitchen. She has seen just how vital they are for many people in Sint Maarten and how difficult it can be to operate a large initiative without proper funding. So when the AUC Van Wormer Student Judiciary Committee (SJC) announced a grant opportunity, Mariel quickly pulled together a proposal.

The opportunity was part of the SJC’s Dr. Karl Stockhausen Student of the Semester Award. Once a semester, the SJC recognizes one student who has made significant and positive impacts to AUC and to the Sint Maarten community. As a part of the award, the student receives a $5,000 grant to invest in a community initiative of his or her choosing.

Five students applied for the award, each with impressive display of community service. Project proposals included support for afterschool programs, collaborations with the local diabetes and HIV/AIDS foundations, and Mariel’s own plan to put funds toward purchasing dependable cookware and supplies, and repairing the church’s meal delivery van and kitchen appliances.

“We were very impressed with the amount of effort put into each application—the itemized budgets and professionalism—from each candidate,” said Taylor Messick, President of the AUC Student Judiciary Committee.

Taylor and other members of the selection committee reviewed applications for candidates’ proven service to both AUC and in the greater Sint Maarten community. Equally important was the ability to showcase how and where the $5,000 grant money would be spent. One submission stood out.

“Mariel convinced us of the soup kitchen’s importance and showed us how much of an impact the grant would make on their program,” said Messick. “Mariel’s proposal was professional and thorough and we knew exactly where the funds were going. Most of all, we were excited to reward someone who has been such an active member of AUC, who is intelligent, and who has an incredibly giving heart.”

“Mariel’s presentation to the Student Judiciary Committee about her commitment to the community was impressive, both for her accomplishments and her ability to report her success with humility,” she said. “She is also planning for the continuation of the program, and I look forward to this being a commitment for years to come.”

As Mariel prepares to enter her fifth and last semester on AUC’s medical sciences campus, she definitely has no plans to slow down, especially when it comes to volunteer work. It’s one of the reasons she got into medicine in the first place—to have a career that allows her to provide positive and meaningful care to those who need it most.