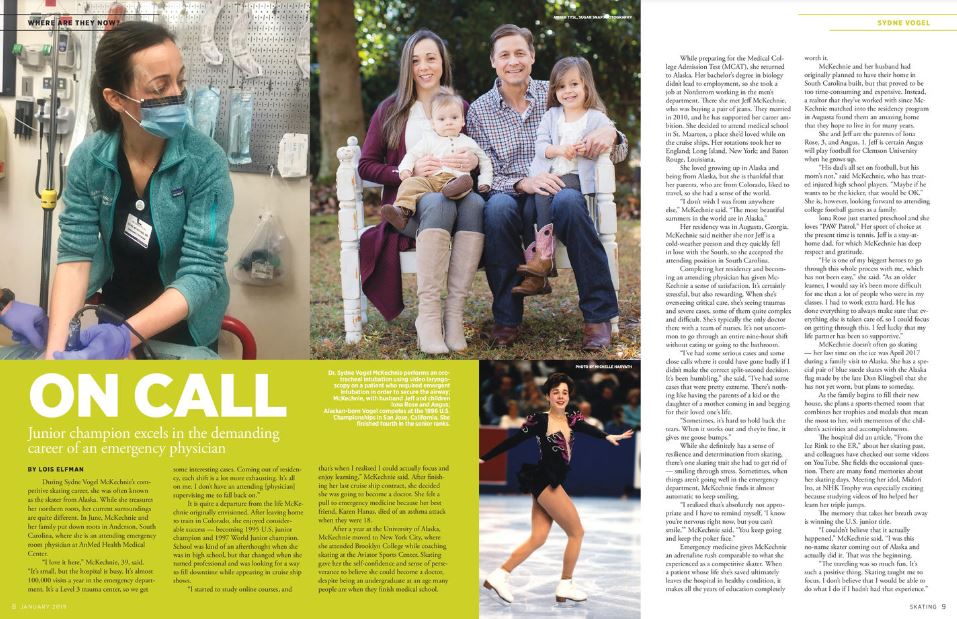 While many aspiring physicians take their spare time during high school and college to shadow local doctors in their community, Sydne Vogel McKechnie, MD ’15 spent her earlier years making the rounds of skating rinks across the United States.

“I love it here,” said Dr. McKechnie. “It’s small, but the hospital is busy. It’s almost 100,000 visits a year in the emergency department. It’s a Level 3 trauma center, so we get some interesting cases.”

After competing at the international level, Dr. McKechnie skated in other competitions and performances for several years, including many cruise ship shows. It was during her time on cruise ships that she first became acquainted with St. Maarten, where she would return for medical school years later after completing her bachelor's degree at Brooklyn College in New York.

"Skating gave her the self-confidence and sense of perseverance to believe she could become a doctor, despite being an undergraduate at an age many people are when they finish medical school," writes Lois Elfman in SKATING Magazine.